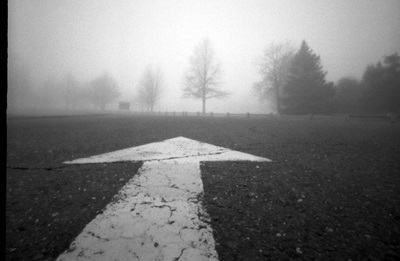 A little while ago I noticed an article about New Jersey holding a family reunification day to celebrate parents who’ve been able to make changes in their lives and get their kids back after having them taken away due to neglect or abuse. I was struck by the use of the word “reunification” as opposed to “reunion,” which is the standard term used for cases in which adopted people and their biological relatives come back together after being separated for many years.

“Reunification” strikes me as being more serious and more lasting than “reunion.” We talk about reunification of countries, such as Ireland and Korea, that were long ago split in two due to political disagreements and war. We speak with optimism about one day in the future when the people of these nations will again be brethren under the same flag, participants in a newly mutual society reminiscent of one that actually existed once upon a time.

It makes sense, then, to talk about reunification in relation to children who had become wards of the state returning to their biological parents. These are family units that had been torn apart by disease and dysfunction, that are being restored as a result of hard work and healing on the part of the parents along with compassion on the part of the government officials involved.

Contrast this sense of potential for ongoing unity with scenarios in which we typically use the word “reunion:” high school reunions; workplace reunions; neighborhood reunions; cast reunions from our favorite old TV shows. Sure, sometimes old friends or colleagues keep in touch long after the reunion event has ended, but no one really expects relationships to return to what they once were in any of these situations.

To reunite is to bring together again people who have been apart for a long time. Of course, this is what happens in adoption reunions, too, but how many enter into a reunion with their long lost biological kin expecting a brief moment of togetherness and reminiscence with no promise of a future ongoing relationship? I suspect that many adoptees and birth parents actually hope for something closer to reunification—a remaking into a coherent whole people who were once joined but then were separated. I suspect that, deep down, many entering into an adoption reunion wish to re-form the family that was broken, the way those celebrated families in New Jersey were able to overcome their reasons for separation and resume functioning again as a family unit.

We go into it hoping for reunification, then we’re disappointed when all we get is reunion. And sometimes we don’t get that, because we don’t know each other even as well as former neighbors or high school classmates do. We have nothing to reminisce about. We have no shared memories, except for those ancestral memories imprinted in our bones or maybe preverbal recollections of smell or touch that we can’t consciously conjure, only experience as a kind of trigger. Or, for a parent, memories of the anxiety, pain, and grief of making the decision to separate from a child along with the aftermath of that separation. Is it any wonder reunification can be so difficult to achieve?

Perhaps a better word to use than “reunion” is “reconnection.” We search and we find and we attempt to establish communication and rapport, often times successfully to some degree. Maybe a loose attachment—the occasional visit or phone call or email—is a more realistic expectation for one to have entering into an adoption reunion. In order for a deeper relationship to develop, all parties involved need to be fully committed, when often one side tries to bear most of the relationship-building weight, with frustrating results.

We cannot expect to recreate what never existed in the first place. The best we can hope for in many adoption reunions is to create something brand new. Forward is the only direction available to us.

One thought on “What We Mean When We Say Adoption Reunion”