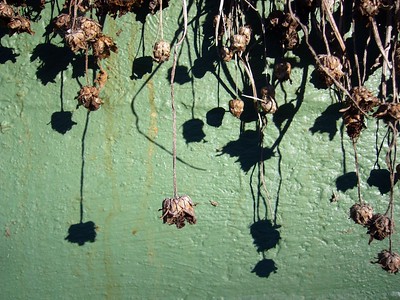 Last week I noticed author Brené Brown posting some new downloadable graphics to commemorate the tenth anniversary of her book The Gifts of Imperfection. Immediately I decided I’d print out two of these and post one in my office and the other in the kitchen where my family can see it. I haven’t (yet) read this book by Brown, but I did read its followup Daring Greatly several years ago and it rocked my world.

Much of Brown’s work serves to counteract attitudes embedded in our culture that ultimately do not serve us well. What shook me to my core was her takedown of shame. From Daring Greatly:

Shame is the intensely painful feeling or experience of believing that we are flawed and therefore unworthy of love and belonging. . . . Guilt = I did something bad. Shame = I am bad.

When I originally read it, that last part hit me particularly hard because I did, indeed, believe I was bad. I believed that I was inherently wrong or broken in numerous ways, and that, as a result, I was difficult to love or to accept. This belief was deeply ingrained in me, as I’m sure it is in others as well.

Sometimes this sense of ourselves being bad or wrong begins with the messages we receive from our own parents, and this was true in my case on multiple levels. For me, shame was also inflicted by the Catholic church I was raised in. When every thought and action is described in terms of either good or evil, there can be no room for mistakes or for failure as a learning experience that ultimately leads to success in an endeavor. You are either right or you are wrong in this type of strict environment.

More broadly, we are all living in a social climate of unlimited capitalism, where success is deemed as continually gaining more of everything and where anything less than constant monetary growth is deemed failure. We are taught from the time we are children that we should want to make money, we should want to work however hard and long it takes to amass as much money as possible. We should want bigger houses, more luxurious vehicles, huge closets full of clothes and shoes, and vacations at far away resorts where all of our needs will be catered to. We are taught that we should want and want and want, that wanting more is good and desirable, that only losers don’t want so much.

When I became a parent, I had only my own parents and the culture in which I was raised as examples of how to handle the conflicts that naturally arise between a mother and her child. So I fell back on strict discipline and on all the shoulds that I’d absorbed up until that point. And I ended up shaming my children just as I’d been shamed.

Honestly, my children have opened my eyes to the fact that much of what I’d learned about how to relate to the world was misguided and damaging. Again from Daring Greatly:

In order to deal with shame, some of us move away by withdrawing, hiding, silencing ourselves, and keeping secrets. Some of us move toward by seeking to appease and please. And some of us move against by trying to gain power over others, by being aggressive, and by using shame to fight shame. . .

I was (and still am) drawn to Brown’s work because I was searching for a way out of what I recognized as a constriction on my ability to live authentically and to allow others to see the real me and because my kids had made me see how I was perpetuating a cycle of shame with them. I’m glad to have seen her posts this past week. They remind me to keep working on remaining open and engaged and to be on guard against the kind of thinking that keeps one trapped in an endless cycle of having to prove their worth.

I am already worthy. We all are.