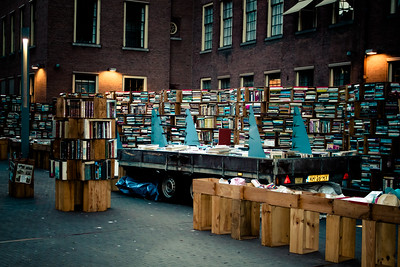 Those who follow me here may know that I run a website called Adoptee Reading that catalogs books on adoption either written by or recommended by adopted people. I’ve had some ideas rolling around in my mind lately for how I might try to expand on the site, which I hope to be able to share in the not-too-distant future. In contemplating how to improve the site, one aspect I’ve been thinking about is the kind of books that are included there.

From the beginning, it was always my intent to include a wide variety of books written by adoptees, no matter how or why they were published. But since I’m also interested in serious literature and in the literary community, sometimes I feel caught between competing goals. On one hand, I recognize and want to promote excellence in writing and publishing, while on the other hand, I also wish to make a wide range of books known to readers interested in learning about adoption as it’s experienced by those who are adopted.

Despite what some may think, there is a steady stream of adoptee-authored books being published, and there has been for quite some time. The reason it seems that adoptee books are a new thing is that, until recently, there weren’t a lot of adoptee-authored books being picked up by larger or more prominent publishers. There are a significant number of self-published and what I think of as tiny-press adoptee authors whose books have never been reviewed at any of the mainstream outlets, who do not have publicity teams supporting them and, therefore, have not been invited to appear in places where readers typically become aware of new books.

Here’s where my dilemma arises: I have found it to be true that many self-published books do not meet the same literary standards as those published by reputable third-party publishers. Sometimes it’s the writing, sometimes it’s the editing or the book design, often it’s a combination of all these. And yet, from the perspective of offering additional insight into the adoption industry and the consequences on those caught in that industry’s snare, those books hold up. It’s also a fact that some self-published books are every bit as good in their composition, editing, and design as those books from large publishers that garner more attention.

How do we judge a book’s value or, for that matter, the value of words published in any forum? Literary purists tend to rely on criteria established by a commonly accepted set of judges. It’s the never-resolved question of what constitutes literature, or some might say what constitutes good literature.

But perhaps a more pertinent question is, how does a reader judge a book’s value? The truth is, every reader is looking for something particular from a book, and what any single reader is looking for can vary from week to week. The book that one reader hates may be adored by someone else, and vice versa.

The most common type of book written by adoptees is the memoir, and there a lot of these, many of which follow a pretty predictable outline. Still, there is value in the nuances of each of these life stories, value not only for the author in doing the telling, but for the reader in learning both the commonality of adoption experience across gender, race, and class–among other factors–as well as the differences that exist in the experiences of individual adoptees. I think of these memoirs as being similar to a collection of oral histories, except that these histories are being presented in the shapes their tellers have chosen for their own stories. These collected narratives are particularly important since adoption literature has historically been dominated by authors who are not themselves adopted.

So no matter how the site ultimately grows, Adoptee Reading will continue to include a wide variety of adoptee voices, books of every genre from every kind of writer, from the professional to the earnest one-time, single-book author who only wishes, just once, to be heard. I believe all of their words are valuable.

One thought on “The Value of the Written Word”