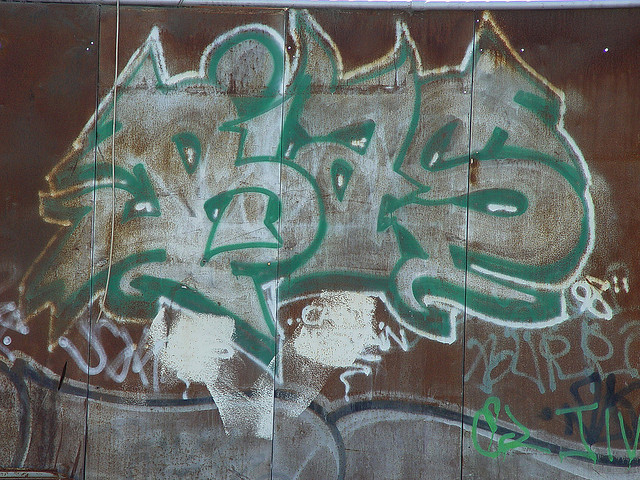 Transracial adoptee Angela Tucker recently penned an insightful, thought provoking blog post over at Lost Daughters, in which she dissects the experience of being told after a speaking engagement that she was the “Whitest Black person” an attendee knew. She says she hears this sort of thing often, and that she tries to give people the benefit of the doubt when they say things like this, but that there seems to be no inverse; the people who call her the “whitest black person” cannot think of the “blackest white person” they know.

When I read this, I immediately thought of a woman whom I have, indeed, thought of as the “blackest white person” I know. She is a person close to my age, who grew up in the same city as me, yet had a very different childhood experience.

In 1973, after many years of protests by parents, the NAACP sued the Cleveland Public Schools, alleging intentional segregation of students based on race. The school system was found guilty of maintaining separate schools for whites and blacks, and in 1979 began busing white kids over to the east side of town and black kids over to the west side in order to integrate classrooms as mandated by law.

My parents were Catholic, so I was already attending Catholic school before busing began, and I continued to do so through the end of high school. Whereas I attended schools in which 99% of the students were white, in her youth this woman whom I’ve thought of as the “blackest white person” I know boarded a bus and traveled to the east side of Cleveland to attend school in a predominantly black neighborhood. Her parents could not afford to send her to private school, nor were they willing or able (I’m not sure which) to relocate out of the city.

I met this woman after we’d both become adults. Our childhood homes had been roughly in the same neighborhood, yet I was struck by how different we were. It was the way she styled her hair, the music she listened to, the phrasing and slang she used when she talked. Her skin resembled mine, but in certain ways she had taken on the persona of a black woman.

At first I found this confusing, but once I learned about her background, it made sense in a way. During her formative years, she had spent a great deal of time with black people. Many of the friends she’d made at school were black. These were her peers, and every kid feels the pressure to fit in. I supposed that she had adapted to her school environment by adopting some of the cultural clues she observed in her classmates. On a smaller scale, it was the reverse of what I imagine Angela absorbed by growing up with white parents in a predominantly white community.

I never told this woman that she was the “blackest white person” I’d ever met, even though I was thinking it and even though I would have liked to talk with her about it, to better understand our differences. We were not close, and I would have risked offending her by questioning her social identity and linking it to race—even though that is exactly what I did in my thoughts.

What was it about this woman’s demeanor that I associated with blackness, and why did I fear mentioning this would be offensive? As Angela points out, the idea that a particular behavior can be equated to a racial identity is inherently biased. In Angela’s case, her speech and mannerisms signal whiteness for many people, but she realizes: “. . . if acting more professional equals acting White, wouldn’t that suggest that Whites are the status-quo . . . ?” The fact that a stranger felt comfortable telling Angela she is the “whitest black person” implies that this statement was perceived by the speaker as a compliment, as if a certain kind of articulateness equals being “white,” and “white” is preferable to “black.”

Most of us likely don’t often stop to consider why we assume the things we do. Certainly distinct dialects do develop within social constructs. There is nothing wrong with acknowledging or noticing this fact. The problem arises when we assign more value to any one particular dialect over another. For example, New Englanders speak differently than Texans, but neither regional dialect is inherently superior to the other.

Prejudices related to speech and mannerisms tend to develop along with inequities in power between various social groups. Those who hold more power and privilege feel justified in requiring others to act and look more like they do in order to be taken seriously.

I wonder how this dynamic will change as the racial and cultural makeup of our country shifts. According to a New Republic article that analyzed data from the 2010 census, by 2020 a majority of children under age 18 will not be white. Already in 2010, only 51% of children under the age of 5 were white; contrast that with the 65- to 74-year-old age group, which was 79% white. As white people become the minority in the U.S., power is destined to shift, and our perception of how speech and mannerisms signify identity are likely to shift as well.

I see this happening already in my children, who are still quite young, and their friends. Their generation is coming of age in a more racially mixed environment in every way—from the diversity of their classrooms, clubs, and teams; to the exposure they have to other cultures via music, television, and movies; to the influence from parents such as myself who are much more open to diversity than previous generations were.

Yet, despite how rapidly I’d like to believe social mores are changing, I realize systemic changes happen at a frustratingly slow pace. My children and their peers, regardless of how comfortable with diversity they seem to be, will experience situations in which they will be evaluated and divided for no other reason than how they are perceived based on long-standing racial biases embedded into our society: who we deem worthy to do certain jobs, receive certain benefits, enjoy certain advantages.

And we parents continue to pass along the biases we’ve inherited, even when we do not intend to do so.

What will it take to recreate our society so that it equally supports all of us who comprise it? I believe we must begin by becoming aware of our own roles and perceptions. We must change ourselves so that we will be able to nurture change in others and, thereby, in the systems we’ve created.