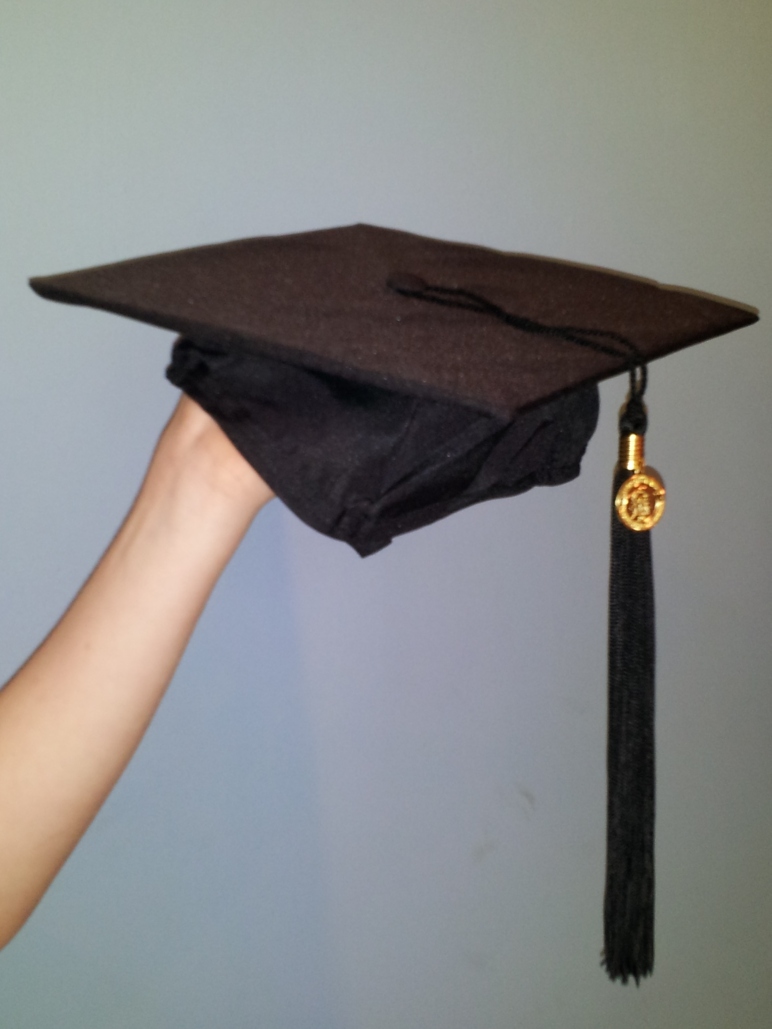 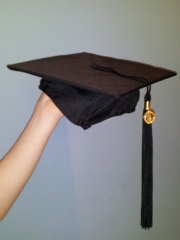 What are your plans after graduation?

I’ve been asked this a few times now. It’s a valid question, yet I’ve felt defensive trying to come up with a good answer. I think the problem stems from the fact that I’m not a typical graduate.

I didn’t return to school eighteen years after earning my bachelor’s degree so that I could get another piece of paper that would lead to a job. Sure, I’d like to make money just as much as the next person, but a paycheck wasn’t the primary motivation for my enrolling in graduate school.

The first time around, I sort of drifted into college from high school because I was an honor student, and that’s what smart kids were supposed to do. I was interested in computers and I did well in math, so I majored in computer science. It didn’t take long for me to realize that I wasn’t into my classes the way some of the other students were. By the time I did my internship, I knew I’d chosen the wrong major, however I decided to stick it out so as not to waste the time or money I’d already put into getting a degree. I graduated at the top of my class, then settled into an IT job for nine years, suffering a near breakdown before I finally called it quits when my son was born.

Looking back at the disaster that was my twenties, I’ve realized I had no idea who I was or what I wanted. I had spent too many years worrying about fitting in, trying to please others as if my survival depended on it. In my mind, it did, because I had been rejected once by my birth mother and likely rejected again by whomever took care of me during the three months before I was adopted, and I wasn’t going to let anyone reject me again if I could help it. These weren’t conscious thoughts, mind you. These were feelings deeply embedded in my psyche.

I never thought I’d go back to school. I was absolutely thrilled to be done with it all when I graduated the first time. When I determined that I really wanted to write as a vocation, I did enough research to know that I didn’t need a degree to do it. What I did need, though, was validation that I was, indeed, on the right track. After nearly destroying my own life via poor decisions in my early adulthood, I didn’t want to waste even more time heading down another wrong path.

This time around, I very quickly realized I was doing exactly the right thing. I loved my creative writing classes and, maybe even more importantly, I “got” them in a way I never got those Comp Sci courses two decades earlier. I was exactly where I needed to be. And, I met other creative, ambitious people just like me, which is something I know I would have struggled doing on my own outside of a formal program because of the lack of self-confidence I initially felt.

I am ecstatic that I’m about to receive a Master of Arts; that word, “arts,” is so very meaningful to me, validation that I’ve finally gotten myself on the track I was meant to follow. I know whatever comes next will be the right thing, so long as I continue to be true to myself.

5 thoughts on “So You’re Graduating, Now What?”