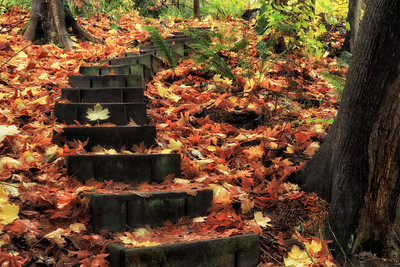 Today’s post is brought to you by pain, the kind of pain that only women know, particularly women of a certain age. Let’s talk about perimenopause, shall we?

If you’re asking, what the heck is that?, trust me, you’re not alone. I only learned about perimenopause in my forties via searching on Google for an explanation for why my body seemed to be behaving so strangely. As I write this, WordPress’s text editor keeps underlining the word as if it doesn’t actually exist.

Perimenopause is the time leading up to actual menopause during which a woman’s body freaks out in all kinds of unpredictable ways. Wild hormonal fluctuations, weight gain, insomnia, nausea, mental confusion–these may all be symptoms of womanly later-in-life changes. During perimenopause, a woman’s cycles may shorten or lengthen, become heavy and painful or become super light and barely noticeable, frequently shifting from one extreme to another in a matter of a few months.

I estimate that I’ve been in perimenopause for at least eight years at this point, and it’s gotten worse the older I’ve become. I’ve seen my doctor in a panic only to be told that what I’m experiencing is common and that there’s nothing actually wrong. Besides the obvious physical craziness, what bugs me most about this stage of my life is how unprepared I was for it, how I was never warned that my body’s transition away from fertility would drag on for nearly a decade or affect my daily well-being the way it has, how I’d never even heard the word perimenopause until I discovered it on my own.

It would be helpful, of course, to have a mother or another older female relative that I could talk to about this, but unfortunately for me, I do not have that kind of relationship with anyone (thanks again, adoption). Why, though, does the medical profession not better prepare women for what may be in store for them as they age? I can’t help but think that the predominance of male doctors who have never experienced this life transition themselves probably has a lot to do with why every young woman is not educated upfront about what to expect. We’ve improved education for preteen girls on what to expect as they enter puberty and for younger women on what to expect during pregnancy, but we’re not there yet with preparing women for the perimenopausal changes they may experience for a significant portion of their lives.

I think this reluctance to talk about it may also be related to our societal reluctance to deal head-on with the aging process itself. We’re all getting older, we’re all going to face challenges during the aging process, and eventually all of our bodies are going to fail us in one way or another. But we prefer not to talk about any of it until we’re right in the thick of things, which makes all conversation about aging awkward.

It doesn’t have to be this way. There’s no shame in being forthright about our bodily functions, in recognizing the vulnerability of our animal bodies. Today I’m in pain. Why not talk about it?