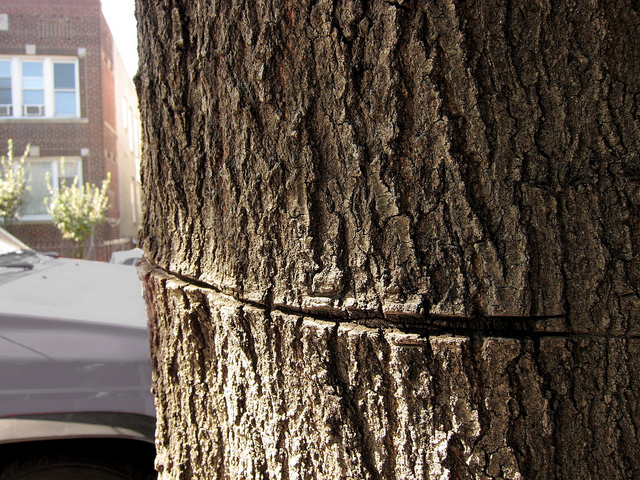 The other day, I had a meltdown. Someone said words that opened up a place deep inside where I feel as if I’m nothing. The words that were said weren’t the problem, nor was the person who said them the problem. The problem is that a very long time ago, I experienced pain that left me with a significant wound. Over many years, after much work, I have managed to stitch the wound closed and it has scarred over, yet sometimes that seal is pierced, causing the pain that remains in that place to leak out again. I feel that awful pain again, and when this happens, it takes some time once more to restitch the wound closed.

Those familiar with adoptee literature will understand what I mean when I call this a primal wound. My particular injury resulted from multiple traumas, but the concept still applies, as the wound was inflicted before I was old enough to consciously understand or process what was happening. There is no memory I can access to clarify what I’m experiencing in those moments after the scar is torn open. For many years, I did not know why I react the way I do in certain situations. I only knew that I hurt, and I wanted the hurt to stop.

But I didn’t want anyone to realize how abnormal I was, how broken, so I did everything I could to hide it. I tried to fake my way through relationships. I tried to keep most people at arm’s length so that they would never learn how messed up I really was. The result? I felt deeply lonely, and that pain of feeling as though I was nothing, as though I was worthless, increased.

I became seriously, physically ill, and I ended up seeing a psychologist, which turned out to be life changing, even though I never once discussed with him how worthless I actually felt or what I suspected might be the source of that feeling. I was afraid even to allow a trained medical professional see how broken I actually was. I feared how he might diagnose me. I feared that I would be shunned—rejected—even by him.

Still, over the course of a year and a half, based only on his knowledge of my physical illness and stress in my life over work and romantic relationship issues, he managed to teach me a new way of processing my thoughts. Rather than circling endlessly in my head about how I wished my life had been different, I began to think about how I could improve the life I actually had. He helped me begin to realize that I was in control of my own life.

That was twenty years ago, and still, I just recently had a meltdown. Over the last two decades, I’ve continually sought to learn more about how to redirect my thought process in a positive way and how to steer my life in the direction I want it to go. And slowly but surely, I have discovered how to pursue joy in my life and, most importantly, how to allow myself to be loved. I’ve had to let myself be seen, and that includes letting those who love me in on the secret of my brokenness.

Yes, I still think of myself as broken, because that wound of mine will never entirely go away. No matter how thick the scar tissue grows, my self cannot be restored to what it was before the injury. To think that we can somehow ever be completely healed in the sense of being put back together as we once were is unrealistic. That’s the kind of thinking that led me to become trapped in my own head when I was younger, yearning for something that could never be.

I no longer think of magical healing as the answer. Instead, I think about learning to live with the scar. Here’s how that looks for me right now: When my meltdown began, for several minutes all I could do was feel the pain. And it was a real, physical pain right in the middle of my chest. I couldn’t stop my tears and I felt myself getting angry, because anger is often how I protect myself. But then, I called on my conscious mind to ask the question, “What’s going on here? Why am I feeling this way?” It takes a lot of practice to do this in the moment, and I don’t always succeed, but this time, I did. And because I’ve done the work of getting to know myself over these past twenty years and being honest with myself about why I am the way I am, I knew the answer. The scar had been torn open. I felt worthless again.

And here’s what I also did that’s so important. Later that night, because I could still feel the pain, because it wasn’t going away and I was having trouble stitching the wound back up, I made myself say out loud to another person what was going on inside me. I allowed my brokenness to be seen. And when my confession was met with compassion from that person, I was able to stitch the wound shut again, able to function the next day and to feel joy again.

None of this is easy. And it is absolutely unfair. It’s not our fault that we were wounded, yet we must do the difficult job of treating the wound. No one can stitch it up for us. What people who love us can do, though, is show us the compassion we need to get better, but they can only do this if we allow their love in, if we allow them to know our brokenness in the first place.

Which is why I’m writing this today—to say, yes, I’m broken. This is part of who I am. And that’s okay.