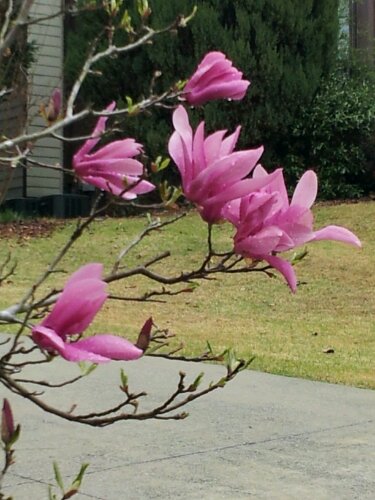 These first three months of 2013 have just whizzed by for me.

Priority number one has been finishing my Capstone thesis, which I’m thrilled to say has been signed off on by both of my advisors. Only the oral defense remains. I’m set to graduate with a Master of Arts in Professional Writing on May 15. Now I’ll be turning my attention to submitting individual pieces from my thesis for publication, as well as preparing the full manuscript.

This Saturday, I’ll be reading three poems from my thesis for the Johns Creek Poetry Group. The poems express various aspects of adoptee experience. This group is a local chapter of the Georgia Poetry Society, which publishes an annual anthology of members’ poems for which I’ve recently agreed to serve as assistant editor.

The second issue of Flycatcher went live on January 31, and received a nice write up from New Pages. I had the pleasure of reviewing Ada Limón’s poetry collection, Sharks in the Rivers, for this issue. We are also celebrating the inclusion of three pieces from our first issue in the 2012 Best of the Net Anthology.

Over the next couple of months, I’ll be co-editing an anthology of essays by the contributors of Lost Daughters, which will be released by CQT Media and Publishing in conjunction with the APRC Conference in November.

In April, I’ll be attending the American Adoption Congress International Adoption Conference in my hometown of Cleveland, Ohio. The push is on in Ohio to pass legislation that would grant all adult adoptees access to their original birth certificates, and I’m proud to be supporting this cause.

It’s good to be busy!